The Weekend. New Movies? None. Streaming: Done That. 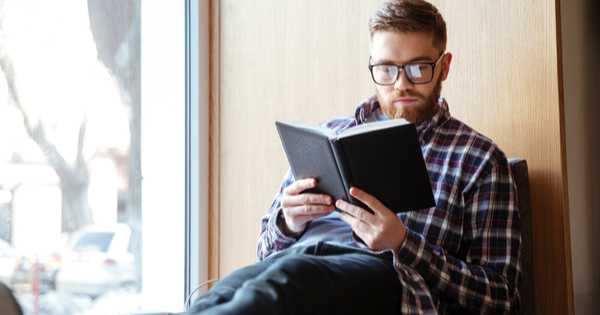 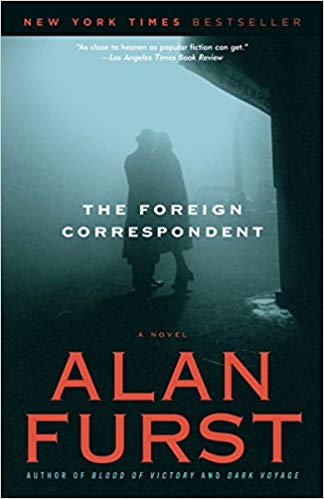 Buy it on Amazon.

THE WEEKEND THRILLER:Is there anything good at the sixplex? No. A new book you must read? Sorry. A rehash of the debate on CNN and the Presidents next three dozen retweets? Gag me. My thought: a thriller. Better: a thriller set abroad. Would Paris delight you? Lets go.

The heroes of international thrillers are usually manly men, built on the John Wayne model. If they have inner lives, theyre in flight from them. Women are simply receptacles; they exist to satisfy whatever needs violence cant. Or, if the hero is created on the James Bond model, the guy is the sex object, the blonde of thepiece. Either way, when the thriller writer is forced to slap up a sex scene, I dissolve in giggles. And I wonder how women can read these books with pleasure.

So let me begin by praising the bedroom scenes in Foreign Correspondent. Theyre so hot that, all by themselves, theyre a reasonable inducement to pick up this novel. And not just for the heat, but for the emotion driving the lust these are lovers using their bodies to communicatetheir most urgent, indeed desperate feelingsin the face of oncoming war and possible death. They are wonderfully human, perfectly imperfect characters we can care about. And more: Theyre so clearly well-matched that we want it to work out for them.

But then, we want it to work out for almost all of the characters in Foreign Correspondent, which is set, like all of Fursts books, in Europe on the eve of World War II. These novels are brilliantly researched, artfully plotted and written like crisp journalism thats a hat trick. Furstis a master of a genre that is pretty much his own invention: historical fiction set in a thriller frame. [To buy the paperback from Amazon,click here. For the Kindle edition,click here.]

This time out, the main character is Carlo Weisz, who has fled his native Trieste and is now a reporter for Reuters in Paris. Hes also on the editorial board ofLiberazione, aResistance newspaper edited in Paris and distributed in Italy. In the beginning of the book, the head of the paper is assassinated; Weisz is his logical successor.

Weisz is of two minds about Resistance work. On one hand, he agrees with the general idea: Resist in small ways, this cant go on, the tables will turn. On the other, hes a born journalist, more interested in watching and writing than making history. But you know that cant last. As 1938 becomes 1939, its increasingly difficult not to be drawn in.

In Weiszs case, theres a personal reason to get involved. In Berlin, he re-connects with Christa Zameny, a former lover, now married. Christa is dabbling in Resistance work, but she has no real idea what danger that holds. Her view of Germanys destiny: Hitler will reach too far, and the army will step in. Clearly, there will come a time when getting her out of Germany becomes a priority for her lover. The question then is: Can he make a deal with the people who can engineer her escape? And then, can he live up to its terms?

The plot briskly moves across the Continent. But Furst never fails to take the time in a well-disciplined phrase or sentence to share factoids that youll want to underline. The writers forLiberazioneuse the names of composers as pen names; Weisz is Palestrina. Theres a conference of concerned writers. Furst notes drily, There was a notable absence of Russian writers at the conference, as they were busy mining coal in Siberia or being shot in the Lubyanka.Why was Mussolini so concerned wth getting the trains running on time? Because, in the 1920s,a train headed for Turin arrived 400 hours late.

The character descriptions are just as telling. Doesnt this just say everything about Weisz: Once, home, he thought about writing, writing from the heart, for himself, and wouldve worked on the novel in his desk drawer, but for the fact that there was no novel in the drawer.And Furst never fails to describe at least one meal: rognons de veau, morsels of veal kidney, sauteed with mushrooms in a brown sauce, and a mound of crisppommes frites.

Weiszmops up the veal sauce with pieces of bread, then orders cheese vacherin for dessert. And he cuts a proper diagonal, not the nose.

Originally Published on The Head Butler

Sign up for our Writing Prompts email to receive writing inspiration in your inbox twice per week.

We have pioneered the largest worldwide conversation about what it means to be a good man in the 21st century. Your support of our work is inspiring and invaluable.

The post The Weekend. New Movies? None. Streaming: Done That. appeared first on The Good Men Project.