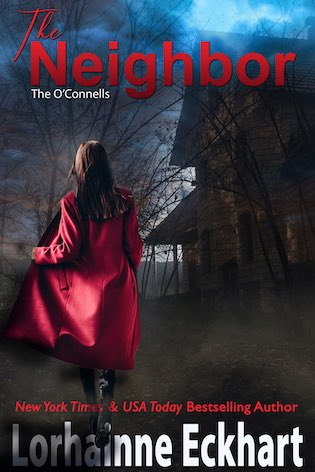 After the devastating loss of her husband, Jenny Sweetgrass packs up her teenage daughter, Alison, and moves to Livingston, Montana, hoping for a fresh startthat is, until Ryan OConnell knocks on her door.
Park ranger Ryan is one of the six OConnell siblings in Livingston, raised by an independent mom who has been a rock to him. He has a career he loves, and up until six weeks ago, he lived a comfortable life. When a new neighbor moves in and disturbs the quiet peace of the area, bringing with her a daughter whos walking trouble, Ryan is shocked to discover that the woman is a one-night stand he picked up at a bar years ago.
Right now, the gorgeous Jenny isnt too interested in making friends, but despite her cool faade, as Ryan gets to know her, he cant fight an idiotic need to try to ease the pain he sees her trying to hide. At the same time, he knows deep down that both mother and daughter have a secret, and if he were smart, he would listen to his brothers warning and walk away.
When Alison goes missing, everyone in town believes she simply ran off or found her way into trouble, but nothing about her disappearance adds up. She simply set out on an afternoon hike into the park and never came back.
Jenny soon learns shes not alone when Ryan takes matters into his own hands and sets off with her into the park to find her daughter. What he doesnt know is that Alison is actually his daughter, too, and when he learns the truth and the real reason she left, the secret could end up dividing the OConnell family and the community.

Goodreads / Amazon / Barnes & Noble / iBooks / Kobo / Google Play
EXCERPT:
Well, this has been fun, she said. Are you done pointing out my shortcomings, or maybe you have a few more digs youd like to add?
He didnt smile this time, but his gaze seemed intense, hard. So you bought this and moved in a few weeks ago. Just you and your daughter live here? You didnt say last night if there was a husband, boyfriend, significant other in the picture or any other kids.
She hadnt bought the house, but she wasnt about to share that with Ryan. As I said, its just me and my daughter. Something about kneeling in front of a man didnt work for her, so she brushed her hands together to wipe off some non-existent dirt, pressed them to the grass, scooted her feet around, and stood up.
Ryan didnt even step back. Just the scent of him made her angry, because it was too appealing. She let her arms hang to her sides even when he allowed his gaze to skim over her. It was intimate and egotistical and indecent, as if he thought looking at her was his God-given right. His arms were crossed over that amazing chest, which shed felt skin to skin just one time.
Your daughter he started, and she knew he was waiting for her to step in.
You mean Alison? Yes, my daughter. She fisted her hands again and could feel her nails digging into her palms.
This time, he did smile, and he pulled his gaze over to the house. She couldnt shake the feeling that he was interrogating her. Yeah, Alison. You have a talk with her about the noise? Its been going on every night since you moved here. Im assuming youre not home at night? Shes like, what, sixteen, seventeen
Oh, here we go. The topic of Alison wasnt open for discussion. Shes almost fifteen, and I work afternoons, evenings. Again, I told you the noise wont happen anymore. I know about it now, and I put my foot down.
Actually, her daughter was fourteen and three months, nowhere close to being fifteen. Regarding the stereo, Jenny had yanked the audio connection from the speaker and hid it in her underwear drawer, because her daughter hadnt been known for her compliance as of late, as illustrated by the nose ring two weeks earlier and the jet-black hair the previous week.
Where do you work? Ryan asked. Boy, she was really getting the sense of a full-out interrogation.
Mini-mart, she said. Counting cash in the back room and reconciling statements for the small grocery store was the only job she was qualified for, considering her late husband had been the sole breadwinnerhis insistence and her mistake. 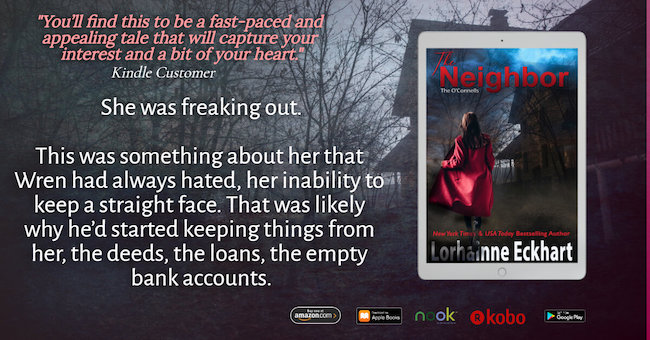 Author Bio:
With flawed strong characters, characters you can relate to, New York Times & USA Today Bestselling Author Lorhainne Eckhart writes the kind of books she wants to read. She is frequently a Top 100 bestselling author in multiple genres, and her second book ever published, The Forgotten Child, is no exception. With close to 900 reviews on Amazon, translated into German and French, this book was such a hit that the long running Friessen Family series was born. Now with over sixty titles and multiple series under her belt her big family romance series are loved by fans worldwide. A recipient of the 2013, 2015 and 2016 Readers' Favorite Award for Suspense and Romance, Lorhainne lives on the sunny west-coast Gulf Island of Salt Spring Island, is the mother of three, her oldest has autism and she is an advocate for never giving up on your dreams.
Website / Goodreads / Facebook / Twitter / Instagram / Bookbub