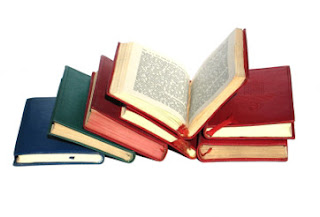 The first thing I do in the morning, once I settle at my desk with a cup of tea, is to read emails. I have two addresses—one at TCU that I have had for forty years and prefer to use; the other with groups.io. When Yahoo Groups disappeared, two writers’ groups I belong to—and treasure—switched to groups.io, but TCU did not like their security certificate (who am I to understand what that means?) and would not talk to them. So son Jamie opened a gmail account for me to communicate with those groups. This morning the TCU site was out of control.

There were thirty-five Facebook messages from the Mothers Against Greg Abbott page. The thread was about the firing of James Whitfield as Heritage High School (Colleyville) principal on the grounds he taught CRT, which the school board admits he didn’t. A conservative, right-wing gentleman, formerly on the school board, Stetson Clark, accused Whitfield of disrupting and destroying the districts by encouraging systemic racism. It’s no coincidence that Whitfield is black and married to a white woman.

The posts this morning were in support of Whitfield. Earlier students staged a walk-out in support of his leadership. At the board meeting, many parents spoke out in support of him. The Grapevine/Colleyville Independent School District board voted unanimously to fire him—they put him on administrative leave through August 2023; he gets paid but forfeits the pay if he accepts another job. I expect he’ll get many job offers—probably not so much from Texas—and has a good future ahead of him.

But what struck me this morning was the outpouring of support from across the state. In spite of our reputation as a deep red state, there are good, sane people in Texas, people who are outraged by much of what is going on. Representative Matt Krause, running a deep red campaign to replace Ken Paxton as Attorney General (which might be out of the frying pan and into the fire), announced he is examining over 800 books in school libraries to see if they are inappropriate. Not to be outdone, our governor announced he is investigating “criminal pornography” in our schools. Let those words sink in—criminal pornography. To me, that means administrators, teachers, and librarians deliberately introduced salacious literature with the intent of corrupting our students. I am appalled, scared, and worried about my grandchildren. And I am a strong supporter of Mothers Against Greg Abbott (after all, banning books is just one of his attacks on freedom which include women’s rights, voter suppression, etc. while he supports threats to the general welfare—open carry for guns and liquor, but hey, we cannot infringe on people’s rights by requiring vaccines).

Sorry about the rant, especially after I promised to modify my speech, but I feel strongly about this. And I hope each of you do too.

Meantime in my own little world, there was a highlight today. I opened a blank page and typed those fateful words, “Chapter One.” And then I wrote a thousand words of what I hope someday will be Irene Keeps a Secret. Felt kind of good about that.

About four, when I was sound asleep, Jordan woke me to say that Matt, who does some odd repairs for us, was here to look at my kitchen drawers. The problem is that I have so little space we overload these two drawers with dishes, pots and pans, and things like oil and vinegar. The sheer weight is too much for the bottom of the drawers. Matt reglued them, added some nails, said to let it dry, and said if I don’t rearrange it will happen again. Rearranging is a real problem.

So when an old friend arrived for happy hour, half my kitchen or more was spread out everywhere. No matter. We had a good visit. She lost her husband last spring, and I was glad to see that she’s doing well, if not back to normal—who would be? Still, we had a lively discussion about books (she’s a bookseller, and a part of me envies her that) and about mutual friends. A pleasant visit. After she left, I cleared enough of a spot to scramble a couple of eggs for my supper and gave up on the kitchen until Jordan can help tomorrow. She’s much better at organizing than I am. I did send a 5 lb. sack of flour into the house with her. I figure that will help the weight problem in one drawer. I think this is called it’s always something.