Ed Sheeran has quite the penchant for buying his celebrity friends rude gifts, it seems, as Elton John has revealed the NSFW gift he got him for his recent birthday.

The Shape Of You singer gifted Sir Elton a giant marble penis when he turned 74 in March.

Elton told of Ed’s raunchy gift during an Hit 109.9′s Carrie and Tommy Show in the US (via The Sun). 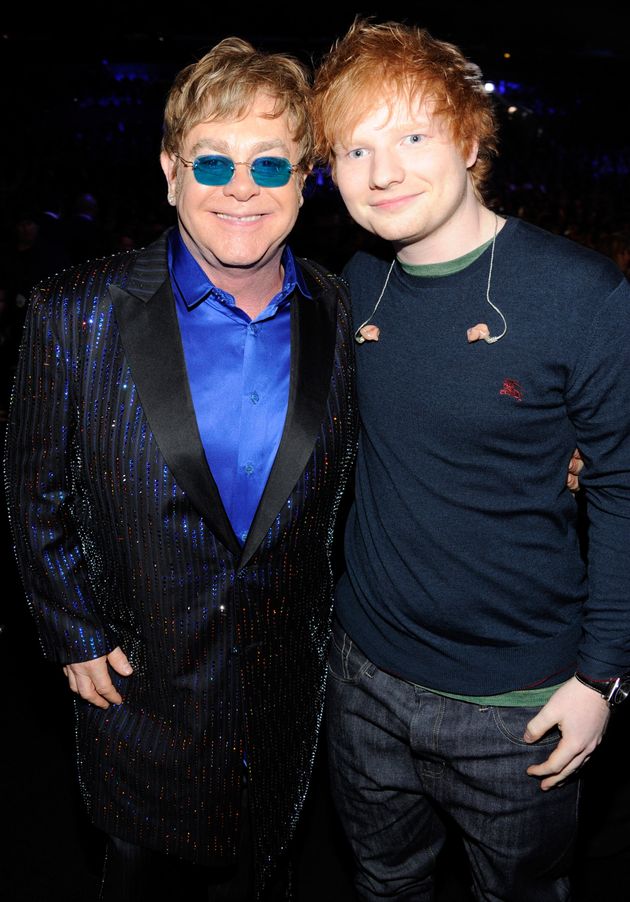 “For my birthday this year, he gave me a giant marble penis,” he said. “I don’t know if that’s because I’ve always been a prick or what. It’s really big, it’s beautifully made.”

Elton said that his husband David Furnish wouldn’t let him put the statue in their garden because their sons – 10-year-old Zachary, and Elijah, eight – would see it.

He added: “It’s hidden in an area in the house where they wouldn’t see it.”

It was recently revealed that Courteney Cox also has Ed to thank for a very NFSW item that keeps turning up at her home.

The pair are close pals and Ed has frequently stayed with Courteney since meeting through mutual friends in 2013, and it was during one of his visits that he decided to take advantage of Courteney’s smart home assistant. 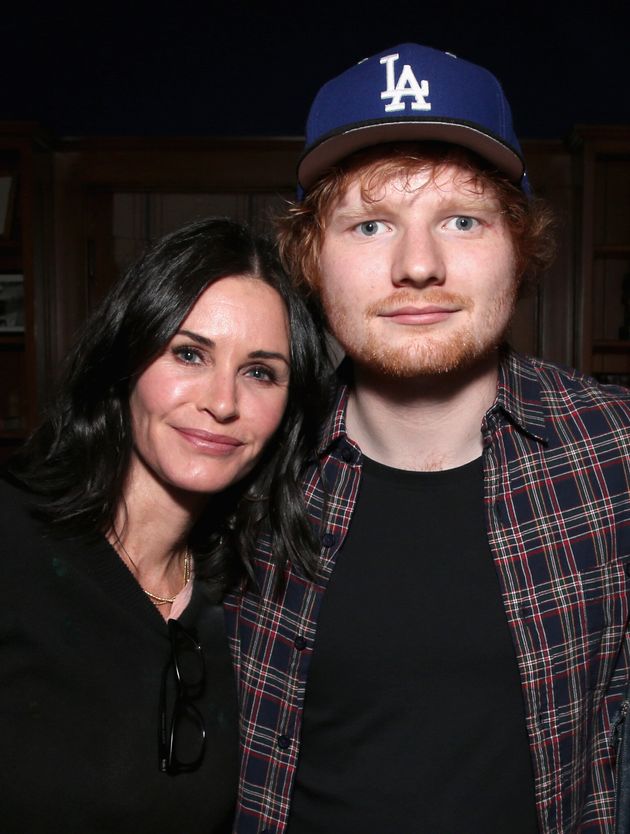 He recalled during an appearance on James Corden’s Late Late Show: “She has this Alexa thing in her house, and she goes, ‘Isn’t this wonderful? This is my Alexa. I can just order whatever on this.’

“Unbeknownst to me, Courteney’s assistant found it,” Ed said. “She opened the post and she finds this mask, and instantly goes, ‘Oh, I don’t think I was meant to see that’ and leaves it on Courteney’s bed. And Courteney comes up and she’s like, ‘Where did this come from?’”

Ed said he has continued to hide a number of the leather masks around Courteney’s home, to surprise other unsuspecting visitors.

He explained: “Now when I go back there, I order her another gimp mask. She has maybe, like, 12. I hide them in people’s bedrooms. So they’ll go in the drawer and find a leather S&M mask.

“She had two people come and look at her piano to try and buy it, two absolute strangers going into her house that I found out about. So I left a couple of masks on the piano.”