Camille Pagán Interview - Everything Must Go 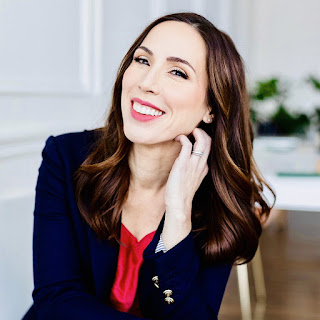 
Camille Pagán is the #1 Amazon Charts and Washington Post bestselling author of eight novels, including Don’t Make Me Turn This Life Around, This Won’t End Well, I’m Fine and Neither Are You, Woman Last Seen in Her Thirties, and Life and Other Near-Death Experiences, which has been optioned for film. Her work has also been published in the New York Times; O, The Oprah Magazine; Real Simple; Time; and many others. When Camille’s not writing her next story, you’ll usually find her with her family, talking shop with other writers, or at the beach―with a book in hand, of course. 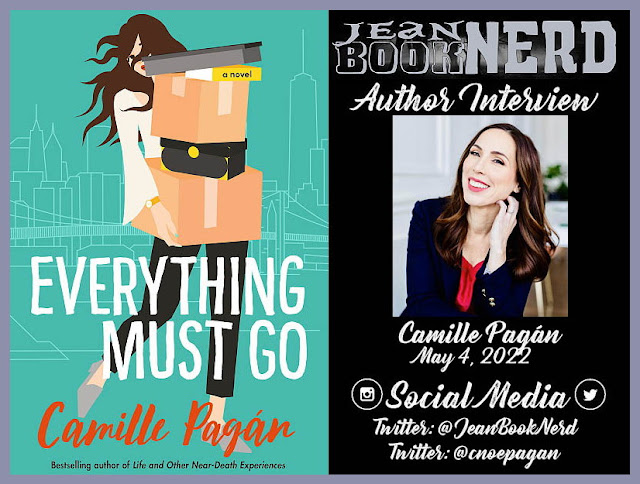 Greatest thing you learned in school.
That writing is what I do best. I always wanted to be an author but had planned to become a physician because it was practical. But a physician I served as a researcher for during college pointed out that I was best able to serve others using my natural talent. Turns out she was 100% right! As I tell my coaching clients, it’s most beneficial to do more of what you’re good at rather than trying to correct your deficits.

Tell us your most rewarding experience since being published.
Every single time a reader emails or messages me to say that my novel got them through a hard time. Just the other day, I received an email that said, “Your novel helped me more than a year of therapy.” That is the ultimate compliment for an author, and truly the reason I write.

Was there a defining moment during your youth when you realized you wanted to be a writer?
I won a young author contest in third grade and at the award ceremony, I learned that being an author was an actual career. It took me decades to realize that I could actually have that career—that that was the moment when the seed was planted.

What’s the best advice you can give writers to help them develop their own unique voice and style?
Write to delight yourself. Every time I’ve approached a novel this way, it’s been published—and the more I wrote for myself, the better that book did. Conversely, I’ve tried writing to please an editor or market demands, and it has truly never worked out; those are the books that are still in my (digital) drawer.

What are some of your current and future projects that you can share with us?
My ninth novel, GOOD FOR YOU, will be out early next year—and it’s my favorite yet! It’s the story of a woman who inherits her brother’s beach house, only to discover that his grumpy best friend inherited it, too—and has no plans of selling or leaving.

In your newest book; EVERYTHING MUST GO, can you tell my Book Nerd community a little about it.
EVERYTHING MUST GO is the story of Laine Francis, a professional organizer who’s fast approaching forty. Laine finds herself in a place that’s familiar to so many of us: she’s ready to start a family of her own, but feels obligated to care for her aging mother, Sally, who has been increasingly forgetful and who may or may not have dementia. The story is primarily told from Laine’s POV, but also features snippets from Sally, too. It’s ultimately a story about learning to balance loyalty and self-love.

What do you hope for readers to be thinking when they read your novel?
As with all of my novels, I hope they reflect on why it’s an incredible stroke of luck to be on the planet at this exact moment with the people we love—and that it’s up to us to make the most of life.

What part of Laine did you enjoy writing the most?
As a reformed people pleaser myself, writing about her journey to learn to honor her own needs while still showing up for her family really resonated.

What is the craziest thing you have ever done?
Making writing my full-time career and supporting my family that way. Dozens of well-meaning people told me it couldn’t be done, and I almost believed them!

Best date you've ever had?
My husband and I attended the same post-graduate course, and we would both “bump into” each other in the hallway after sessions, which would end up with us spending the whole evening together. We’ve been married for nearly eighteen years now.

Choose a unique item from your wallet and explain why you carry it around.
I don’t have anything that fits the bill—sorry!

What were you doing at midnight last night?
Sleeping! I’m a morning person; I’m usually passed out by 10 p.m., even on the weekends.

TEN IDEAL LOCATIONS TO WRITE ABOUT
Your Favorite Quotes/Scenes from EVERYTHING MUST GO
“Being raised by the same parents at the same time was like being the last few to speak a dying language.” —Laine Francis, Everything Must Go

My favorite quote in Everything Must Go reflects how I’ve always felt when my two sisters and I have had to deal with stressful family situations. As the eldest of three sisters, I’ve always wanted to write a book about three very different women who happen to be members of the same family. But it wasn’t until Laine Francis, the protagonist of Everything Must Go, popped into my head that I was ready to do so. A professional organizer who’s fast approaching forty, Laine finds herself in a place that’s familiar to so many of us: she’s ready to start a family of her own, but feels obligated to care for her aging mother, Sally, who has been increasingly forgetful and who may or may not have dementia.

Family dynamics can be tricky during the best of times—but navigating them during high-stress transitions can be particularly difficult, as Laine discovers as she tries (with varying success) to team up with her sisters, Piper and Hadley, and make decisions that will safeguard Sally without stripping her of her independence. Having watched one of my own relatives struggle with and ultimately succumb to dementia, I can attest to the tensions that arise as a loved one’s memory begins to fail. But as Laine discovers as she learns to lean on Piper and Hadley as much as herself, there truly is strength in numbers. 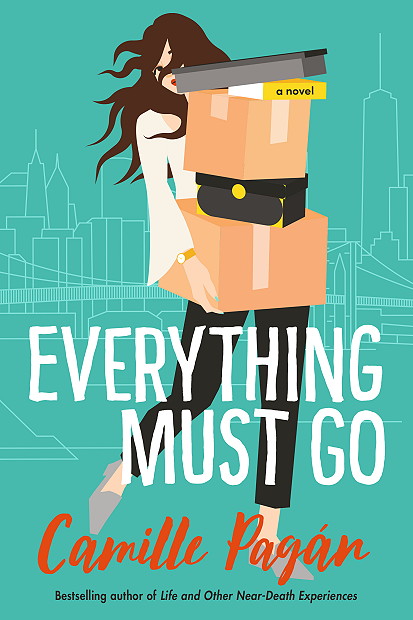 A warm, wry novel about secrets, second chances, and the unbreakable bonds between mothers, daughters, and sisters by the #1 Amazon Charts bestselling author of Life and Other Near-Death Experiences.

Laine Francis believes there’s a place for everything—and New York, where her family lives, isn’t her place. But no sooner does the professional organizer’s marriage begin to unravel than her sisters drop another bomb on her: their mother, Sally, may have dementia, and they need Laine to come home.

Laine agrees to briefly return to Brooklyn. After all, bringing order to chaos is what she does best. To Laine’s relief, Sally seems no more absentminded than usual. So Laine vows to help her mother maintain her independence, then hightail it back to Michigan.

Except Laine’s plans go awry when she runs into her former best friend, Ben, and realizes she finally has a chance to repair their fractured relationship. Then she discovers that memory loss isn’t the only thing Sally’s been hiding, forcing Laine to decide whether to reveal a devastating truth to her sisters—and whether to follow her heart when it means breaking her mother’s.
You can purchase Everything Must Go at the following Retailers:

And now, The Giveaways.
Thank you CAMILLE PAGAN for making this giveaway possible. 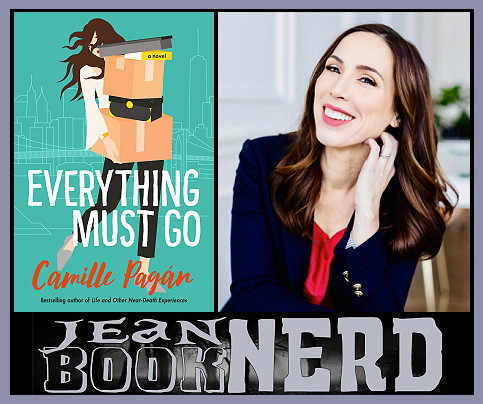 1 Winner will receive a Copy of Everything Must Go by Camille Pagán.
a Rafflecopter giveaway
jbnlatestinterviews
Back to News
Use left/right arrows to navigate the slideshow or swipe left/right if using a mobile device