Bean tales: How Crete beans made their way to New Zealand in the name of love Crete beans on the vine.

Every seed has a story, and some are sown with love.

When I cleaned out Mum and Dads garage, following her death in 2013, I found a drawer of envelopes. They were marked with cryptic labels in her tidy handwriting.

These were her seed treasures: Lesleys beans, Apache beans, Alice SR. Some were less of a mystery, like green beans with purple stripes.

I inherited mums bean seeds and her love of growing them. In the past few years, I have also discovered some of their origins. The green with purple stripes variety came from the Dalmatian community in Puhoi, 50km north of Auckland. The scarlet runners (Alice SR) are from my grandmother, Alice.

The Apache beans are not from the Apache tribe. It appears that Mum took a somewhere in the Americas labelling approach. I love seed stories, and Lynne and Doug McMillan are part of one that is also a love story.

Marika Lagonikaki was 14 years old when she met 21-year-old New Zealander, Ian Begg, for the first time. It was 1941 and the Battle for Crete was raging. Ian was among thousands of soldiers left behind when Allied troops were forced to withdraw. He was captured by German soldiers and sent to a prisoner of war camp, but managed to escape to the mountains.

Eventually, he made it to Samonas, near Marikas village of Nio Horio. Local people risked their lives to hide and nurse sick soldiers, feeding them with whatever food they could spare. One of them was Marikas mother, Irini (who was later awarded a George Medal for her efforts). When Ian and Marika met, he was hiding in an attic, weak and jaundiced by hepatitis. Marika visited him every week, until pressure from the Germans forced Ian to move up into the hills to a cave. Eventually, he ended up as a prisoner of war in Poland, then Germany.

Months after the war ended, Marika received a letter from Ian, now home in New Zealand. He was anxious to find out if her family had survived German reprisals and executions. Once he established that they were alive and well, he proposed to Marika and she accepted.

The language barrier, and that Ian was a shadow of his former self (he weighed just 38kg at the time of repatriation), did not deter her. Now 19-year-old Marika had only travelled 25km from her home prior to her long journey to New Zealand. She stuffed her favourite bean seeds in her bra for safekeeping. 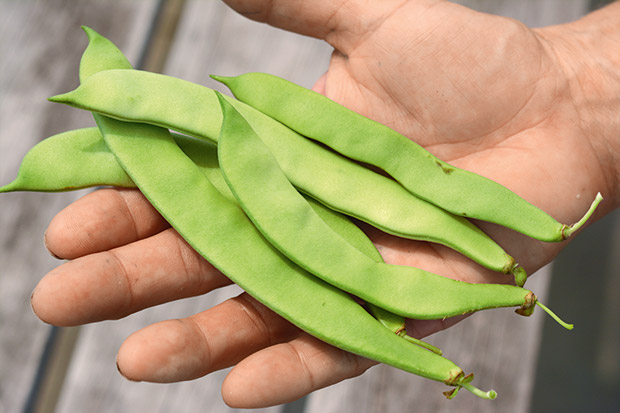 The couple were married on September 14th, 1946 and made their home in Christchurch. Their wonderful garden included vegetables and flowers from the seeds Marika smuggled in from Crete.

Lynne and Doug MacMillan met Marika through their work as co-ordinators of the NZ Battle of Crete Association (South Island branch) commemorations. They run it in honour of Lynnes father, who was a soldier in Crete and lived in the White Mountains for nearly two years before being captured by the Germans.

They didnt get to meet Ian Begg before he died. His friend Merv Sim, passed the seeds onto Lynne and Doug for safekeeping. They have been growing the beans, saving seeds, and distributing them to bean lovers, in exchange for a small donation to the Battle Of Crete Association.

HOW TO GET CRETE BEAN SEEDS 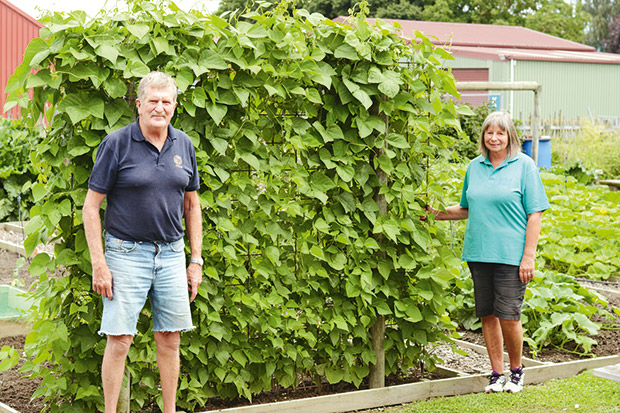 Lynne and Doug coordinate volunteers in the Red Cross patch at the Marlborough Community gardens. Their aim is to encourage people interested in gardening to volunteer and learn about different techniques. Any surplus fresh vegetables are donated to the local food bank and Johns Kitchen.

Pick your beans when they are small and tender. If you wait too long for size, they become tough and stringy. This is a favourite bean dish of Lynne and Doug, and I love it too. Its a common meal in Greece and Middle Eastern countries, and the perfect way to use up fresh beans.

Lightly brown the onion in olive oil in a large frying pan over a medium heat.

Add the garlic and cook for another few minutes. Add the green beans, tomatoes, vinegar, allspice (if using), and tomato pure, and bring up to a simmer.

Cover and cook over a very low heat for 35-45 minutes until the tomatoes form a thick sauce. Season with salt and pepper, fold in the chopped fresh herbs, and garnish with feta cheese (if using).

Transfer to a warmed serving dish and serve immediately.

The post Bean tales: How Crete beans made their way to New Zealand in the name of love appeared first on thisNZlife.