Autocracies With Adjectives: We Need Better Typologies of Authoritarian Regimes 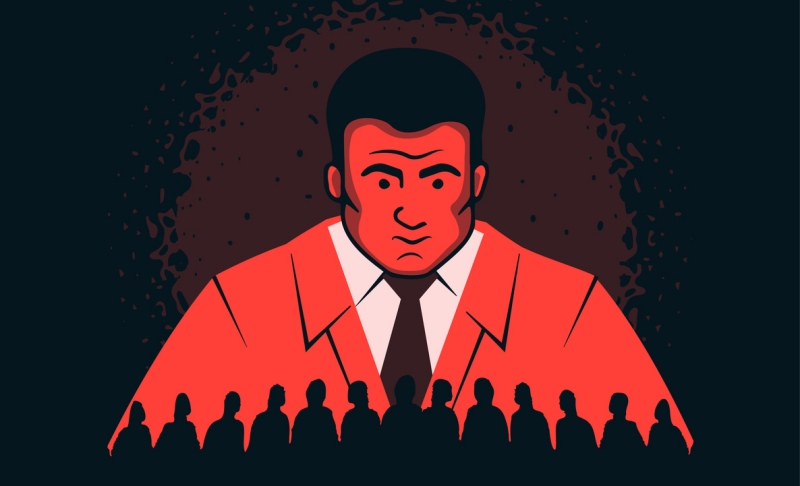 By Hager Ali, The Loop

The study of regime types, Hager Ali argues, is imbalanced. Theories and concepts of democracy have received attention for decades. But amid the resurgence of autocracies, scholars of authoritarianism still do not have the luxury of nuanced typologies to dissect the broad spectrum of non-democratic regimes

Just as every queen or knight has a corresponding piece on the opposite side of a chessboard, every democratic institution has an autocratic equivalent. Autocratic regimes have elections, party systems, armies, and courts. These fulfil a context-specific purpose, and differentiate one autocracy from another.

Unfortunately, they have never been subject to the same analytical diligence as their democratic counterparts. Moreover, we are missing a nuanced typology of authoritarianism, which would form a conceptual reference point for these regime-fragments – like a chessboard holding all chess pieces. Myriad subclassifications and typologies exist for democratic regimes, doing justice to their variety. Why don’t they exist for autocracies, which are at least as heterogenous?

Studies on politics and institutions beyond Western Europe and North America are frequently oversimplified and overgeneralised. That problem extends to regime types, particularly of the non-democratic kind. Regimes vary in their legislative, executive, and judicial organisation. When studying democracies, scholars examine these differences carefully. The same cannot be said for autocracies.

Conceptually, authoritarianism is handled like a junk drawer for anything that doesn’t fit into the broad category of ‘democracy’. Authoritarianism – or worse, non-democracy – can technically mean anything between Belarus and North Korea.

Some datasets of course already exist. Geddes, Frantz, and Wright’s seminal Autocratic breakdown and regime transitions dataset includes rudimentary regime categorisations – but that is not the dataset’s primary application. Magaloni, Chu, and Min’s Autocracies of the World dataset is a useful foundation. But their classification of monarchy, military, single or multi-party regimes is limited; party systems and regime type are not mutually exclusive, despite their coding. Monarchies and military regimes respectively can have either party system. Monarchies could even have dominant militaries and a multiparty system. There is simply not a good concept or even term for it.

We are in dire need of better autocratic taxonomies – and a much more fluid exchange between scholars of authoritarianism to get there quickly. Before Covid brought pandemic backsliding, populism accompanied an illiberal political wave across Central and Eastern Europe. The recent cascade of military coups highlights the role of militaries in the autocratic boom. Lührmann and Lindberg speak of a Third Wave of Autocratization. And Larry Diamond termed this development a Democratic Regression. Especially given the ongoing resurgence of authoritarianism, it is highly problematic that we lack the terminology to do anything beyond counting non-democracies.

Hybrid, military, and other adjectives

A nuanced typology of autocratic regimes would provide the overarching picture that has long been missing from authoritarianism research. Mapping the varieties of authoritarianism in data requires a solid conceptualisation to avoid overstretching it. But before classifications and datasets are possible, we have many issues to discuss.

To mirror Collier and Levitsky’s justified critique of democracies with adjectives, for example, a first important question is how many ‘adjectives’ are too many? Where is the cut-off in the non-democratic range, similar to the demarcation problem in democratic theory?

The concept of hybrid regimes, including competitive autocracies, will undoubtedly play a major role in extrapolating finer sub-classifications. Presently, the ‘hybrid’ refers to limited electoral competition – even though ‘hybrid’ could just as well mean the spectrum between fully civilian and fully military autocracies. In many cases, skewed electoral competition and military rule even coincide. In such cases, does it really make sense to limit ‘hybrid’ to the electoral system when militarised regimes frequently tilt electoral systems in their favour? To follow a similar vein of questioning, how should volatile or unstable autocracies be classified, if they are not in transition? Could there be such a thing as ‘defective’ autocracy?

New autocratic sub-types offer an opportunity to consider defining features that have, until now, been neglected in existing literature. Colonial legacies are such a feature. Many autocracies retained institutional features of their former colonial powers, including militaries, political, and legal systems. To what extent could we use colonial legacies to differentiate between autocratic regimes? How helpful is it to introduce regional variants of similar autocratic types?

Chess pieces without a board

The lack of care or precision in studying authoritarianism is far more than an intellectual exercise about collectible theories. It has very real implications, because Western decision-makers and other practitioners treat Global South politics with the same lack of discernment. Indiscriminate pressure to hold elections soon after regime change, for example, can backfire and entrench autocrats in some contexts. In others, it can exacerbate conflict.

Rehashing democratic theory to make sense of the recent trend in autocratisation, as some scholars have recently advocated, might be a valiant effort. But having more democratic typologies will not help us make sense of autocratic regimes, their institutions, and how they consolidate. There is no point in shoehorning variables into broader democratic definitions while continuing to wedge the rest into an illiberal catch-all category. All that accomplishes is to void the conceptual parsimony of either regime type.

Mechanisms and processes driving the autocratic resurgence will remain elusive unless autocracies and their variants are named and studied at face value. Analysing autocratic institutions without better concepts of autocratic sub-types that connect institutions to each other is like having chess pieces without a board. And describing this world only through yet another iteration of democracy is like trying to checkmate with nothing but a pawn.

This is the inaugural blog piece in The Loop’s new Autocracies with Adjectives series. More coming soon…

This article was originally published at The Loop and is republished here under a Creative Commons license. You may also like these posts on The Good Men Project:

Join The Good Men Project as a Premium Member today.

All Premium Members get to view The Good Men Project with NO ADS.

Log in if you wish to renew an existing subscription.

By completing this registration form, you are also agreeing to our Terms of Service which can be found here.


Need more info? A complete list of benefits is here.
—

The post Autocracies With Adjectives: We Need Better Typologies of Authoritarian Regimes appeared first on The Good Men Project.